It is considered one of the most developed, safest and most comfortable countries in the world. Let’s see how do people live in Singapore and how their life differs from life in other countries.

We were lucky enough to find a host through Couchsurfing, so for three days we fully enjoyed the local life. Our host was a young Indian guy who lives with his parents. In General, it was a revelation to me that 30% of the population of Singapore is Indian. They were brought here by the British when Singapore was a British colony.

There are different levels of housing, but the most popular is social housing, which was built by the state. A two-bedroom apartment in this area costs from 300 thousand Singapore dollars (12 million rubles). The cost depends on several factors, such as distance from the city center. This is the most affordable new housing in the country.

Since Singapore has an Equatorial climate, heavy downpours are common here. Almost all the way from public transport stops to residential buildings are special paths with roofs from the rain, so the risk of getting wet here is minimized. 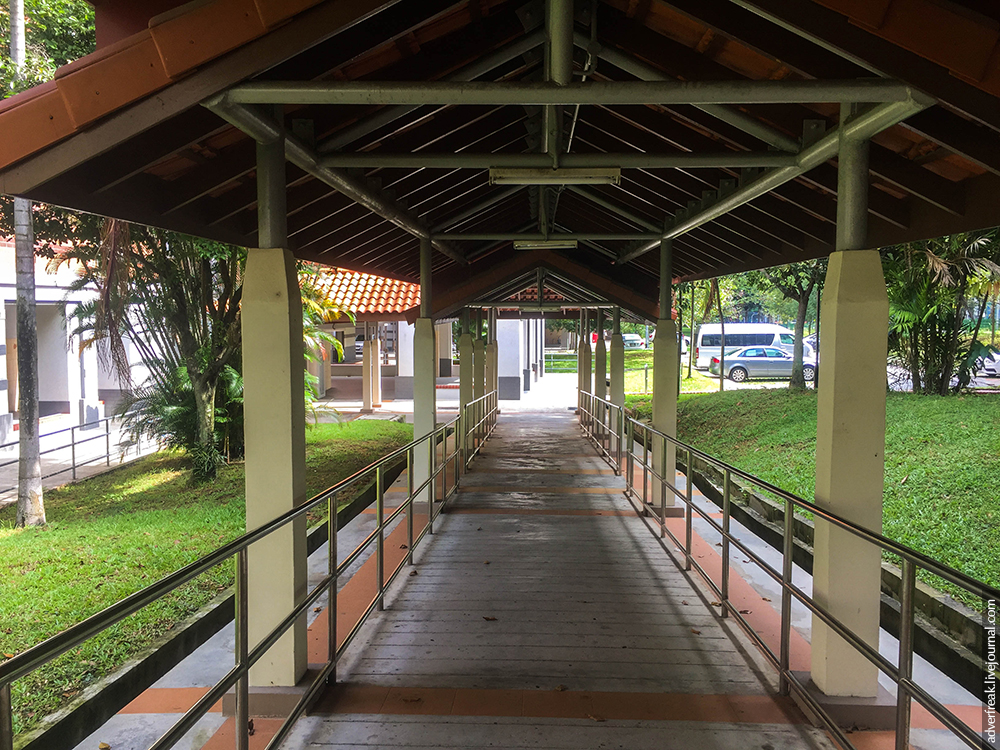 The surrounding area is landscaped, there is not a speck of dust around, everywhere there is a beautiful lawn and trees are planted. 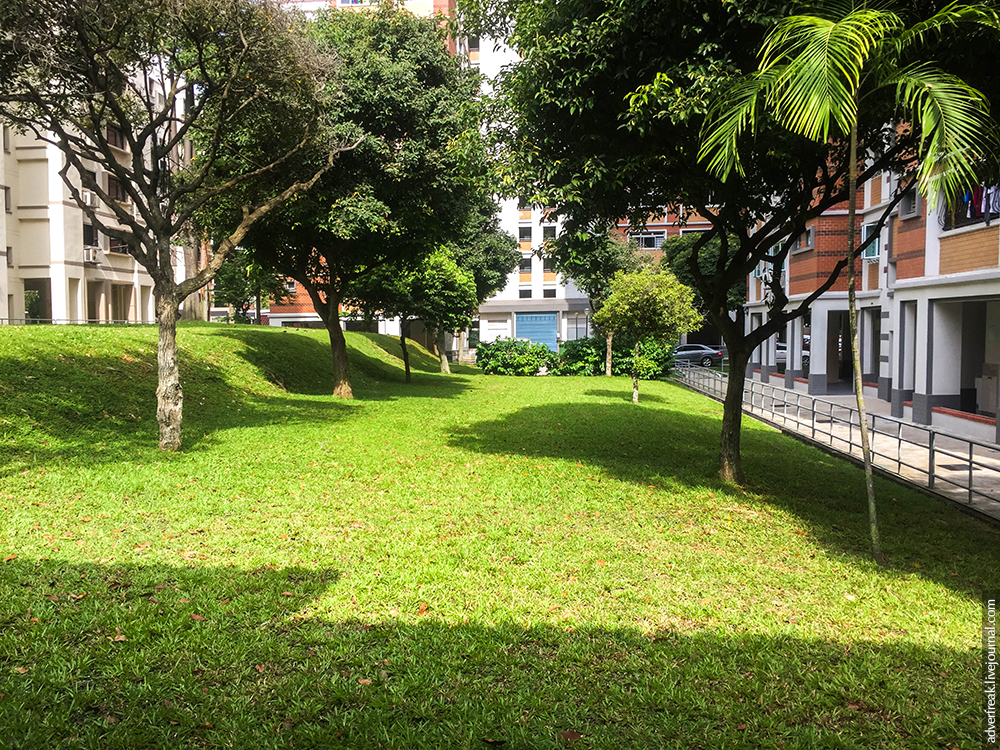 Parking lots are located outside the courtyards. There are not many cars here, because it is very expensive to own a car in Singapore. In order for people to buy apartments here, the government has launched a special program. You pay from 10% to 30% of the cost of the apartment, and the rest is paid over many years. 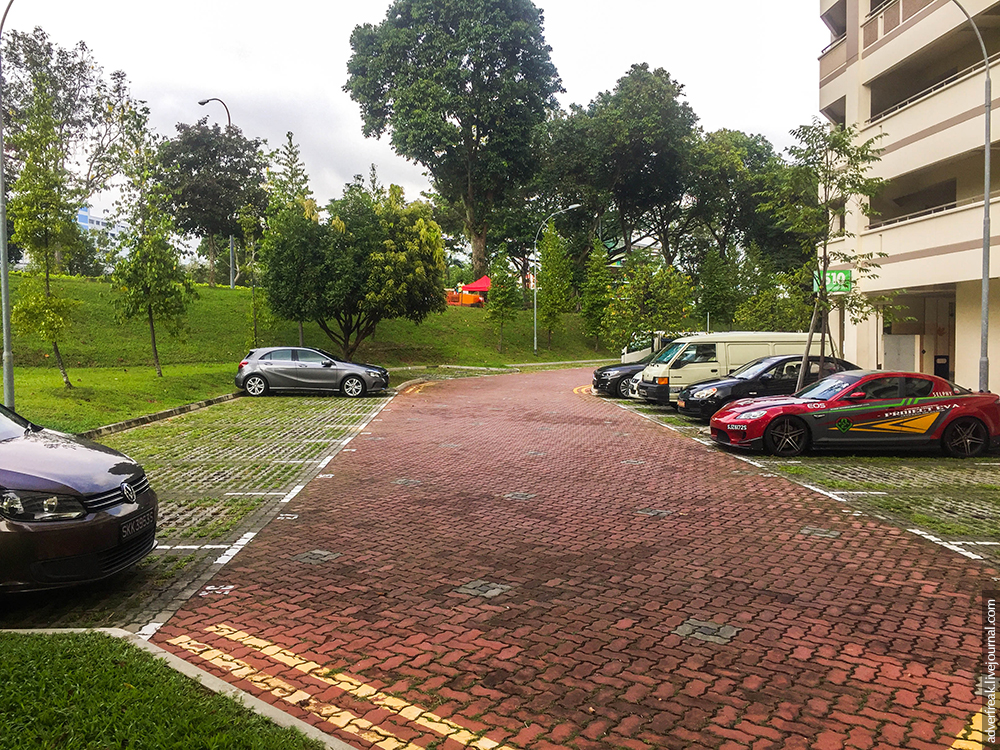 There are areas for walking and recreation in the districts. Almost everywhere there are barrels in which you can make a barbecue. 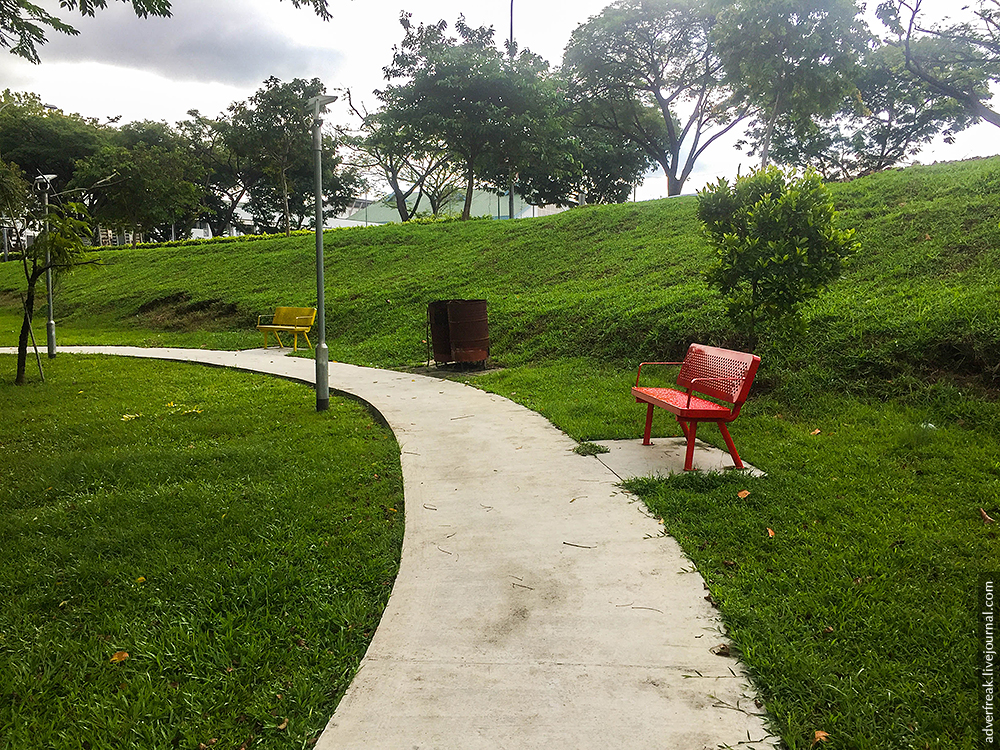 The first floors are always uninhabited. This space is used for Bicycle Parking.
If you can’t pay your mortgage for some reason, such as losing your job, the government doesn’t evict you, but rather selects a job for you to become solvent again. 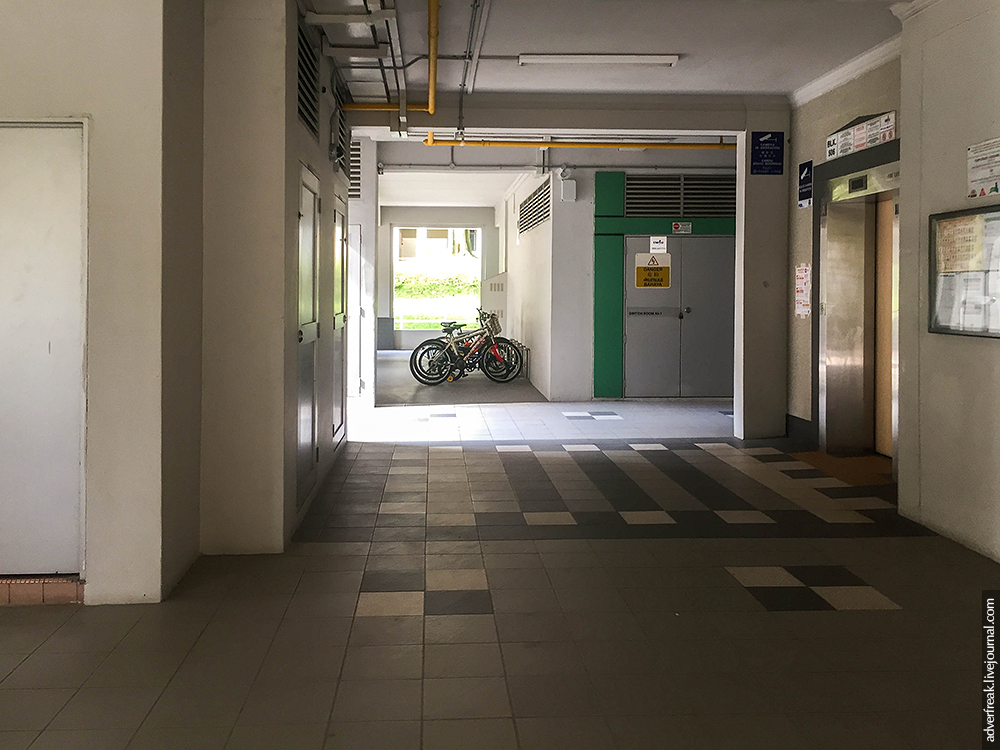 The ground floor space is also used as a place to relax. 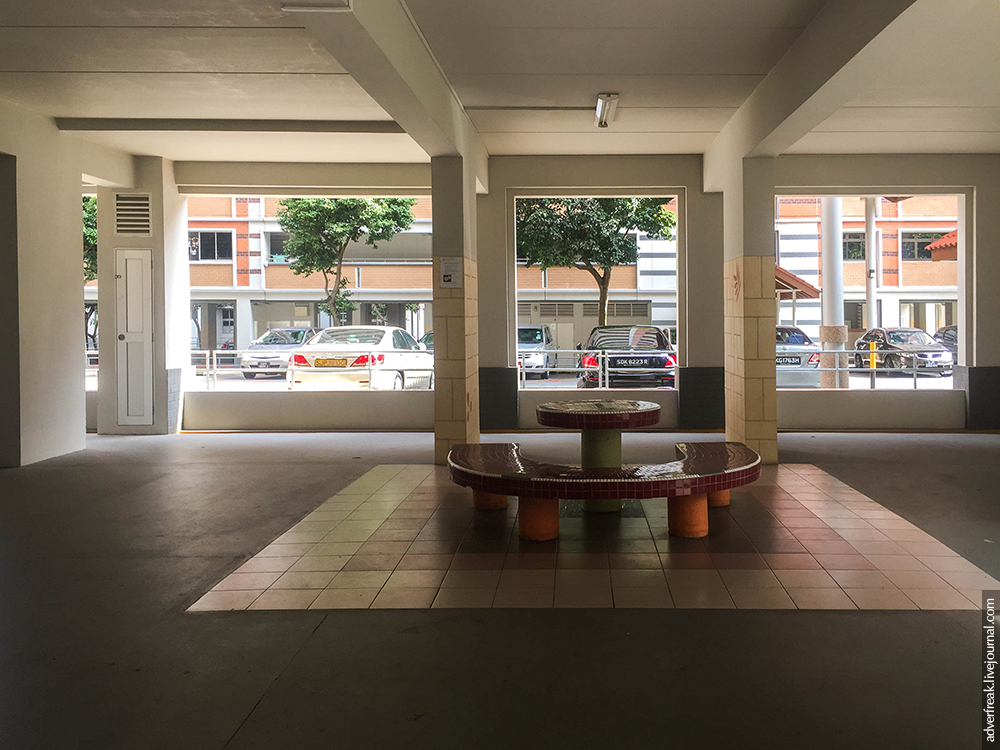 Mailboxes are also located on the first floor. 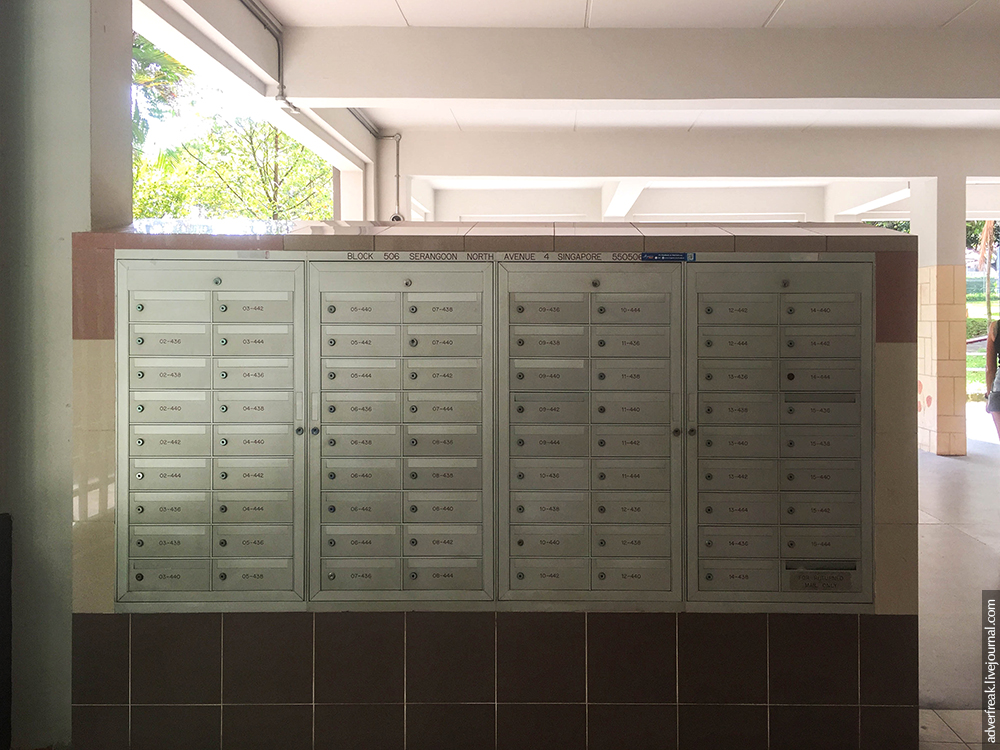 Let’s go up. It’s not like the first floor, it’s got an Indian feel. This is a landing that has not withstood the onslaught of Indian traditions.

The neighbors are Chinese, and everything is a little more modest. 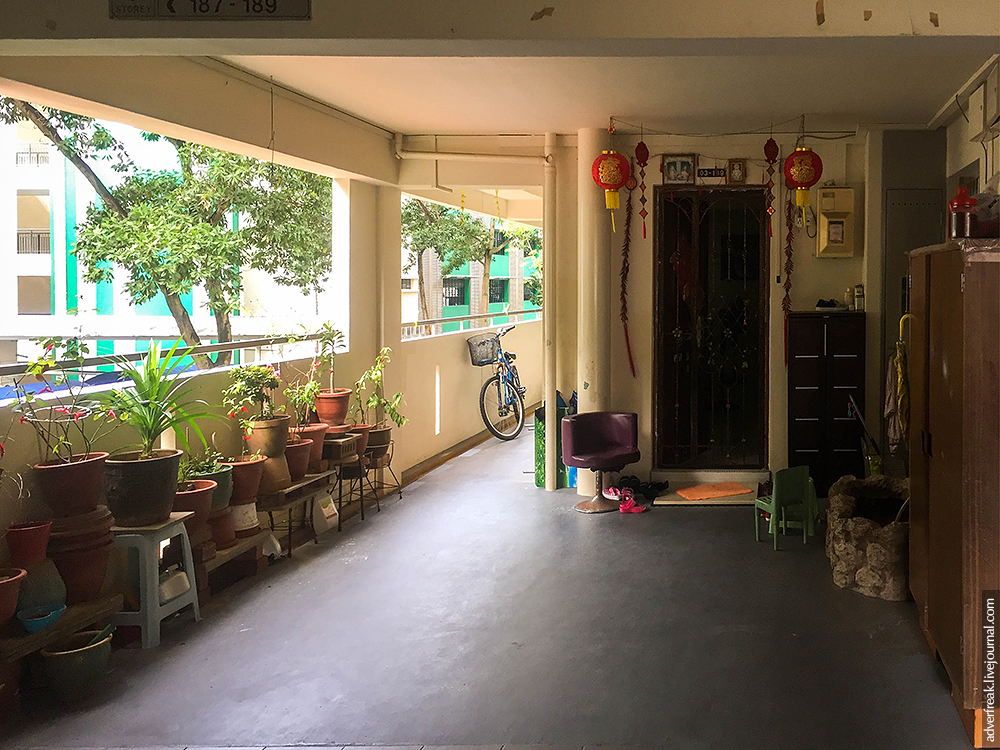 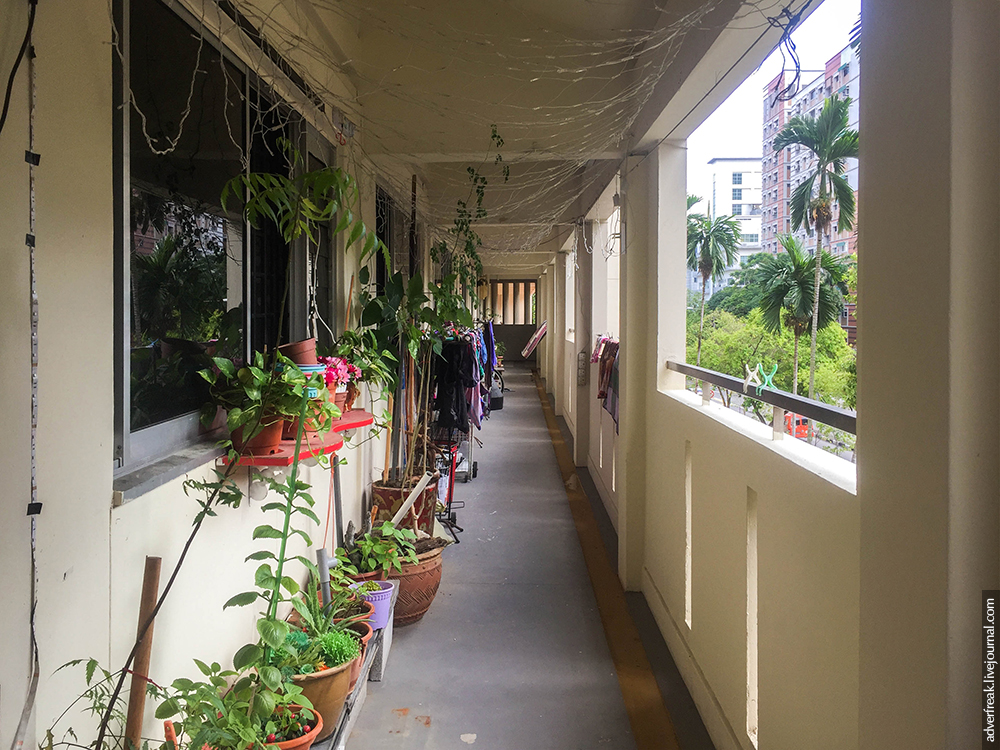 Here my Indian friends have Pets — chickens. They don’t really eat them, but keep them as Pets. 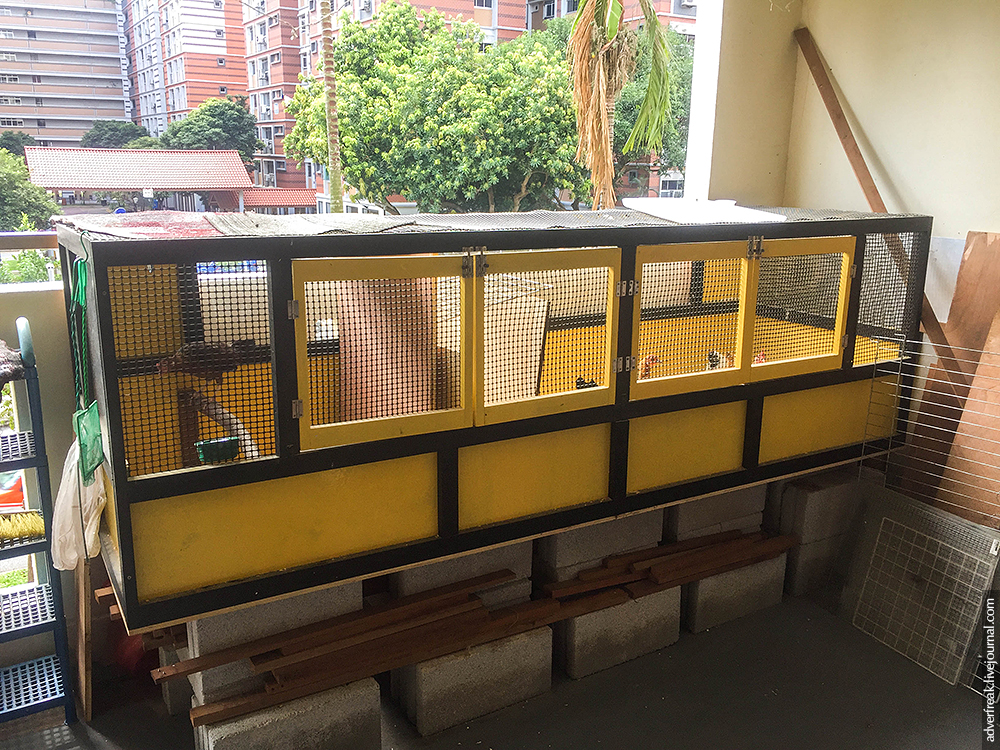 View from the balcony. The houses are all alike.

Let’s go inside. This is the living room. Above the TV hangs a portrait of the owners of the apartment. 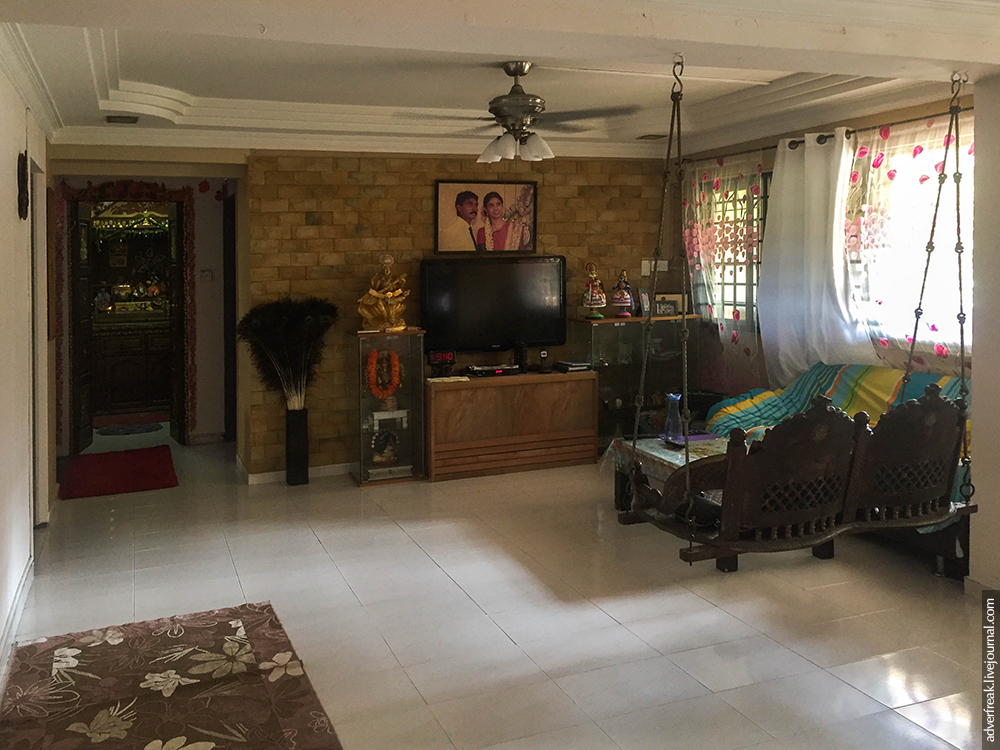 View from a different angle. Hanging swing in the house is an interesting solution.
The cost of living in such an apartment is 300-400 Singapore dollars per month (12-16 thousand rubles). The main part of this amount is electricity, as well as payment for water, garbage collection and housing maintenance. 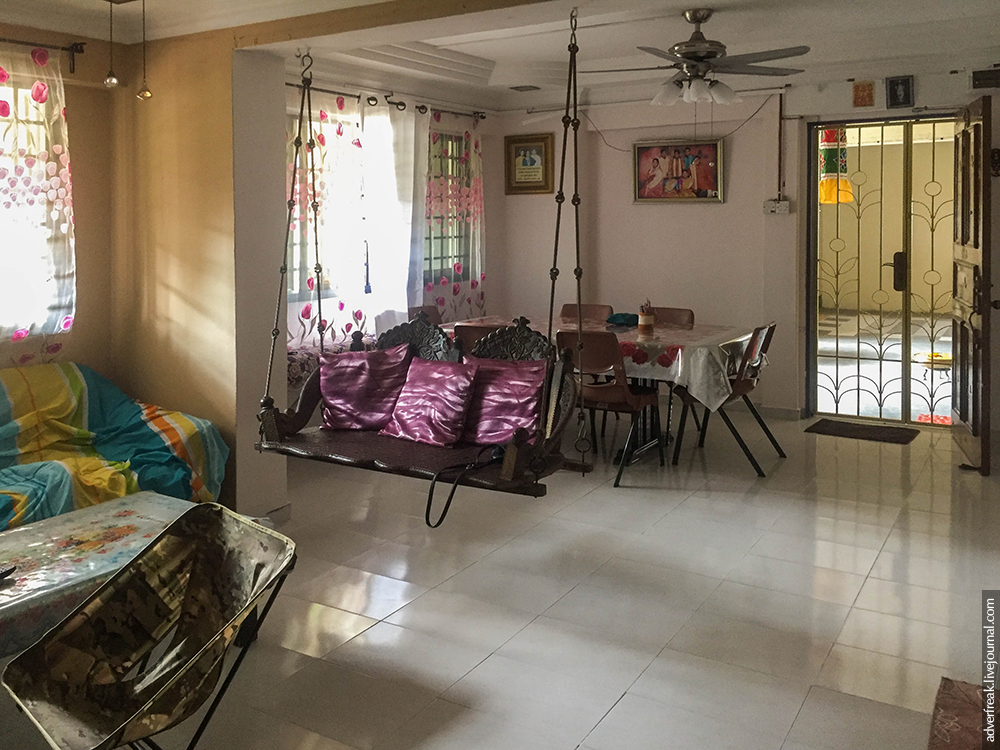 The apartment has a small storeroom where they have organized a temple. 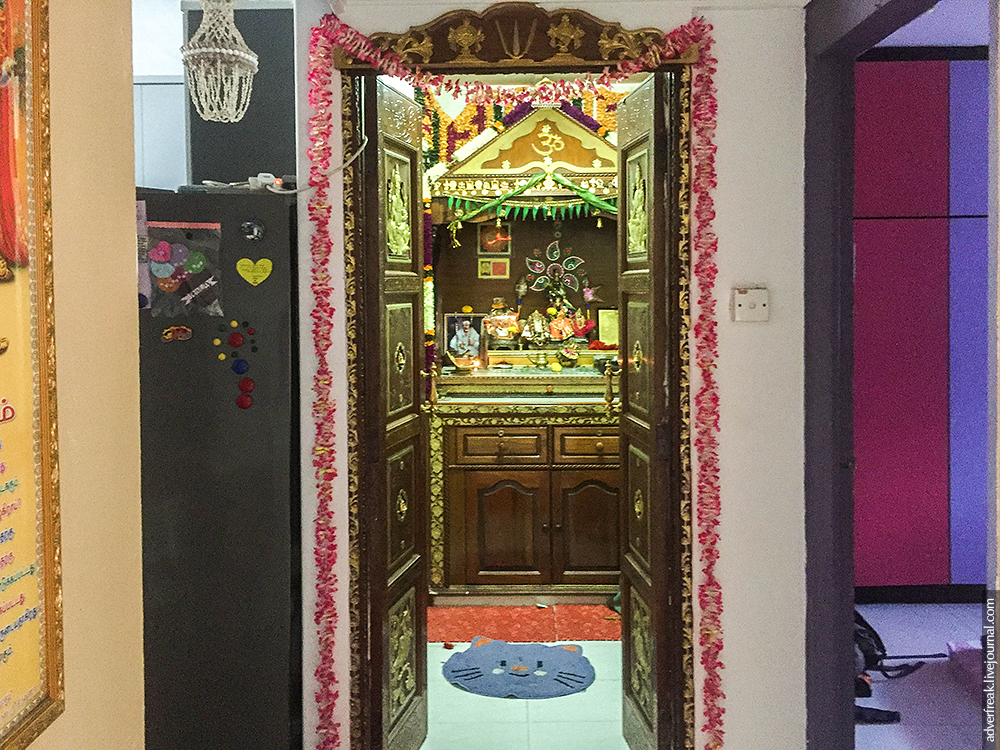 One of the rooms. Interesting fact. Despite the fact that Singapore is considered super safe, all residents of social housing have bars on their Windows, although sometimes they do not even close the front door. The logic is completely incomprehensible to me. 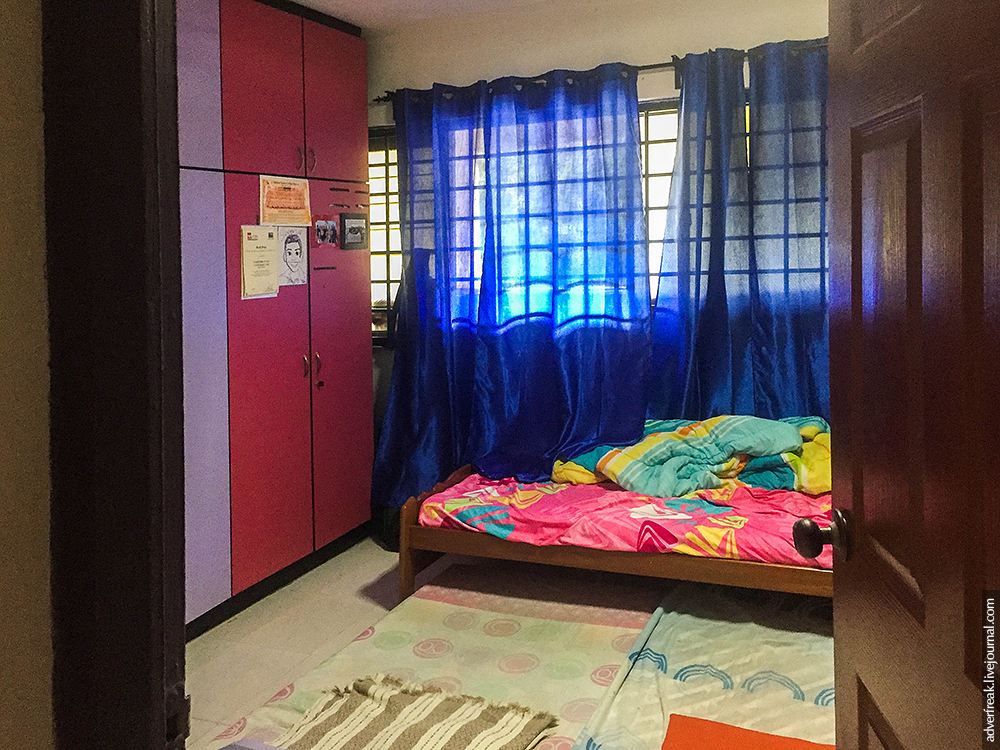 And finally Olya with borscht and pies with potatoes. 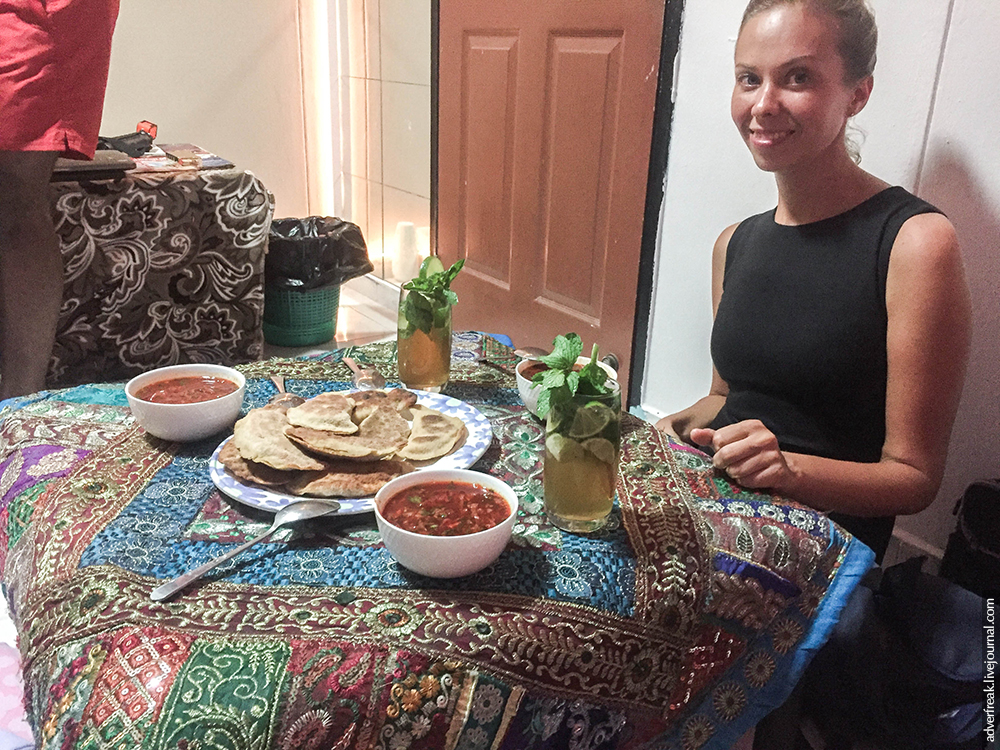