The Famous abandoned fish mall in Bangkok New World Mall has gained its popularity thanks to thousands of fish that were launched there by local residents.

But a little more than a year ago, the government of Bangkok decided to catch all the fish and thoroughly close the shopping center, because it is officially considered a life-threatening place. The fish were released, all the entrances were closed and blocked, and unofficial guides to Bangkok now say that you can’t get into it. Of course, this is not the case, the shopping center has an open entrance, and I will tell you how to get there. It is noteworthy that the shopping center is located five minutes from the most popular tourist street Haosan road.

First you need to find this building. Here it is on GoogleMaps 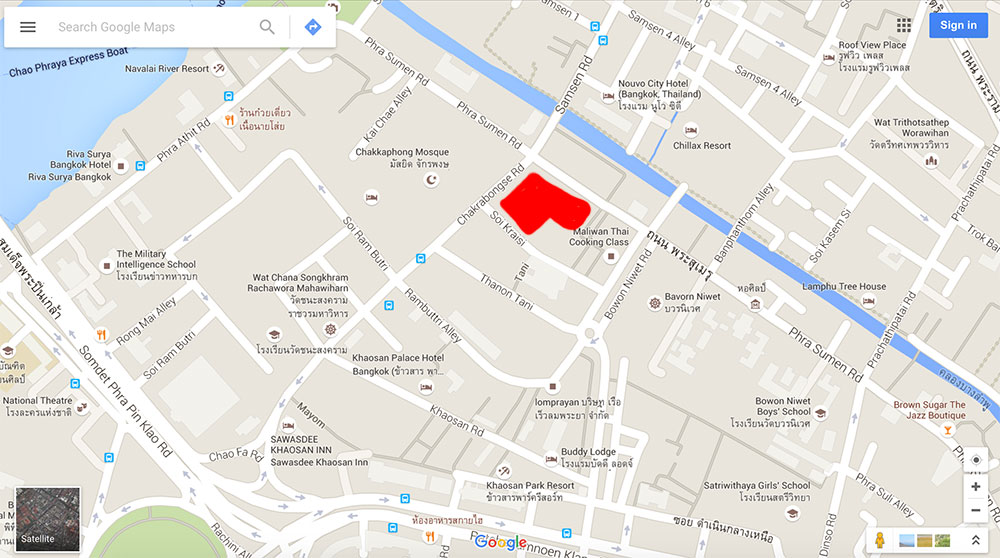 And this is what it looks like from the satellite. Three dark spots are through atriums, thanks to which the shopping center was flooded with rain.

This is what the main entrance looks like on Google panoramas.

You need to turn onto Soi Kraisi street and turn into the alley between the shopping center and the multi-level Parking lot. Here:

Go to the end of the Parking building and turn right. Climb the tree to the second floor and climb into a small hole in the wall, then you will find yourself on the second floor of the shopping center.

The atmosphere in the shopping center is unusual, with bats flying everywhere.

The shopping center was not completed yet, so there is absolutely nothing in it except for the old escalators.

As well as on the roofs of skyscrapers, I recommend coming here either early in the morning at dawn, or in the evening at sunset. The sun fills space in an amazing way.

Once there were thousands of fish swimming here, almost all caught, but the most agile remained. We counted three red fish and a few dozen common ones, so if you come back here in a year, there will be a large population again.

In General, now the shopping center makes an impression only thanks to escalators.

Windows were painted over for some reason.